Outside of celebrity gossip, sport reports and puff pieces, most news dissemination around the world is fundamentally political.

Newspapers are well known for their established biases while human interest magazine-style reports inevitably end up promoting some cause or other.

Television and radio broadcasters may delude themselves into believing that they possess a divine gift for objectivity but surely every viewer and listener today can discern editorial slants, while documentaries have evolved from their ostensibly factual beginnings into a one-sided propaganda niche.  Wherever we turn, someone is trying to blind us with their insights and prejudices.  Heck, this column is doing exactly the same! 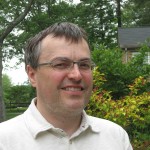 A fair-minded person might assume that an “information eco-system” characterized by so much diversity must produce a broad range of evenly or randomly distributed viewpoints.  But this simply isn’t the case.  As with natural eco-systems, there are winners and losers.

The fact that many countries, like the United Kingdom for example, maintain politically mandated requirements for broadcasting to be politically balanced demonstrates a widespread belief that objectivity from TV and radio organizations is unnatural and has to be imposed.  At the same time, it also indicates a belief that objective news dissemination on TV and radio (but not newspapers) is both socially desirable and somehow quantifiable.

In the United States, Ronald Reagan peeled away the pretense of government-controlled balance on the airwaves and the result is unabashed commentary across the political spectrum. Amidst this complex global web of modern news dissemination lies the common thread of hostility to those entities with interests in mineral extraction, energy and food production.  These poor souls are pilloried for supposedly causing environmental devastation, destroying communities and seizing resources and are characterized as deceitful, reckless and manipulative.  According to this narrative, the common man is helpless to resist such omnipotent forces for harm.

Thankfully, the media is here to level the playing field by exposing their malfeasance! What is striking about this situation is the pliant and timid response from the industries themselves.  And this has consequences for public relations counselors who are busy positioning organizations that are constantly under attack.  By and large the companies involved – such as electrical utilities or oil giants – treat opposition to their activities as if it was exclusively focused on them.  Everything is relative so outreach responses are designed to make them alone look good – or better than their competitors – be it through a campaign like BP’s Beyond Petroleum or through the modern practice of publishing corporate responsibility reports.

But can this blinkered outlook be sustained when reality is so different? What are the business consequences for other oil companies, mining interests and fishermen in our core resource gathering industries when a company like BP hands $20 billion to the United States Treasury in a shakedown, or British utilities succumb to a so-called windfall profits tax? In the United States, polling has consistently shown that around 80 per cent of information disseminators – er, journalists – identify themselves as politically left of center.  Perhaps this is not surprising given that a similar proportion of university and college professors and lecturers in the arts identify themselves in the same way.

PRs are always trying to put things into their proper context, so here is the key: The political left is philosophically opposed to economic development.  This is not to say that everyone on the left advocates ending all economic development now (although some do).  What we hear from the soft left are calls for greater government regulation, restrictions on what resources can be used, designations on areas from where they can be extracted, limits on quantities that may be taken, requirements on how they can be removed, imposition of taxes on their exploitation, etc.

In other words, while there may be some elements of acceptance on the left that economic development is a good thing, it is qualified by a series of conditions that they intellectualize as being socially desirable.  Escaping from political niceties, this is fundamentally anti-development.

Gavin Carter in the media throng

The bottom line is that economic resources that spur development – cheap and available gasoline/petrol, electricity and food – are anathema to the left.  They feed growing populations, transportation systems and consumption that are viewed as unsustainable and unnecessary. We are told that we don’t really “need” big power plants, chemical factories, oil tankers, tuna or modified crops.  Instead we have a duty to minimize our environmental footprint, carbon or otherwise, under the benevolent guidance of the political left. It is opposition to economic development  – not the more commonly protested safety or environmental issues – that drives criticism of the companies that public relations professionals are defending.  We need to wise up and recognize it for what it is.  Politics is the key. Gavin Carter is President of Gavin Carter and Associates in Alexandria, Virginia and purveyor of AskGavino.com

One response to “It’s the politics, stupid!”