When comedian Ken Dodd was put in the dock for stashing in excess of three hundred thousand pounds in shoeboxes and suitcases, and placing more untaxed money in twenty offshore accounts, he claimed: “the money was the savings from my taxed income.” Dodd’s hapless losing prosecutor was Brian Leveson QC. So what to make of the Jimmy Carr affair?

Jimmy Carr’s apology – for staying within the law – was pitiful: “I appreciate as a comedian, people will expect me to ‘make light’ of this situation, but I’m not going to..”. But the real loser here in PR terms was David Cameron. 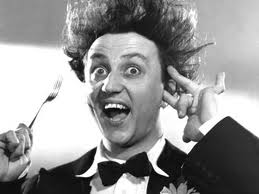 Surely, it was at least unattractive for a lawmaker to condemn a man over his legitimate tax arrangements? It reminded us that the PM’s job is to fix bad law, not moralise. But it reminded us of a matter of tone. PM’s should be rather grand: they don’t get over excited over a jet-lagged Google moment in a faraway hotel suite and start firing off the kind of judgments which would sound better on Loose Women.  It is one thing, and not all that splendid, for George Osborne to say some tax dodges are “morally reprehensible”, but quite another to use one’s incumbency of Number 10 to embark on saloon bar lynchings.

To single out one person for taking advantage of a loophole was one bad thing. But then to back off from criticising others – including his Take That friend Gary Barlow and numerous Tory donors – doing similar things on a grander scale smacked of hypocrisy. It even appears Cameron’s own father engineered such schemes. Cameron’s PR folly was all too clear on Tuesday at a press conference in Downing Street when he said: “I am not going to give a running commentary on different people’s tax affairs. I don’t think that would be right…. I made an exception [with Jimmy Carr] yesterday”.

Luckily, there was a background swell of sounder voices. Danny Alexander (that surprised me) and various others in the Government got it right about avoiding the ad hominem.

By the way, DC has form here. For example, he once said he was “sick to his stomach” when he thought of some prisoners being given the vote. Maybe he was trying to come off as a regular Joe, and maybe the routine chatter about his being a remote Toff produces this reaction in him.

David Cameron gets my vote for PR twit of the week.