It is not former Co-operative Bank Chairman Paul Flower’s peccadilloes that bother me. That’s merely an amusing sideshow. It is the bankrupt Bank‘s audacious reinforcement of anti-business sentiment and its bashing of its competitors’ practices that drive me mad.

The Co-op Bank’s claim to be ethical has long upset my constitution (I couldn’t resist a pun), making me feel sick every time I get a glimpse of one of its adverts’ bogus claims. Here’s what they say about themselves:

The Co-operative is a unique family of businesses owned by our members and led by our principles. From community projects to a share of the profits, renewable energy to Fairtrade products we believe that when the benefits are passed around, it’s good for everyone. Our online TV channel gives you the chance to see our community projects come to life and learn more about our values and principles. (see here) 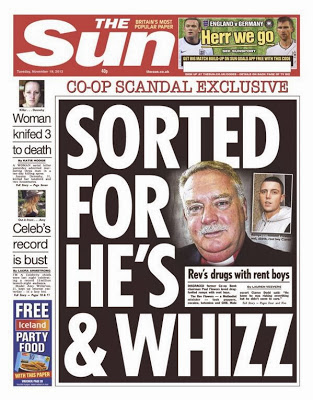 They even ran adverts in 2009 featuring Bob Dylan‘s 1960s counter-culture protest song Blowin’ in the Wind to promote the ethical stance of all its businesses, including banking. The ad, dreamt up by mainstream McCann Erickson, traces the wind-blown journey of a dandelion clock being blown between windmills, fairtrade farms and Icelandic icebergs. The message we were meant to swallow was that the Co-op is uniquely green, caring and ethical.

Well, their self-righteousness has been trumped. And one has to wonder why the likes of Robert Peston at the BBC were so soft on the Co-op for so long. Did the media share the Co-op’s prejudices and digest its hype, while they bashed its rivals?

It gets more serious when one questions the role of other players. What about the regulators, Paul Flower’s fellow chairmen, his own board and other people who should have known and cared, including media, analysts and politicians? They seemingly either had no idea, or no interest anyway, and worse, no expectation that a bank’s chairman (or woman) ought to be quite something.

It also strikes me that Reverend Paul Flowers fitted perfectly the PC, conventional, naïve, thoughtless call from the gallery for firms to appoint right-on heads of boards, whose credentials were that their ethics and morals were stamped on their dog collars, NGO and party membership cards. 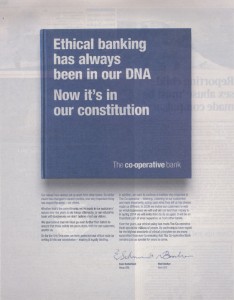 But at least the chairman of a bank should read its press releases and annual reports; something Flowers showed he didn’t when he revealed his gobsmacking ignorance at a recent Treasury select committee. That said, the reptutation that should be hurt most by this scandal is not Paul Flower’s.

The credibility that needs hammering hardest is the anti-establishment poses of the mainstream establishment which seeks to profit from the cynicism and anti-capitalist sentiments of liberal opinion (picking the pockets of the gullible) under false pretences.

The entire banking industry has had its professionalism, rightly, undermined by recent scandals. However, banking can be – and, contrary to current perception, mostly is – an ethical business. But it can never be one that is driven by green anti-capitalist sentiments. Saying otherwise is a moral and ethical fraud that needs to be exposed.