What is driving so many young Westerners to commit or sympathize with appalling acts of terror in Paris, London, Madrid and the Middle East? 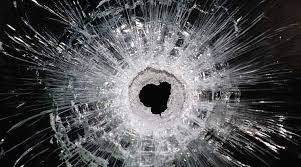 Is this caused by generational estrangement or poverty or new forms of criminal-gang behavior, or is it the result of the conflicts caused at home by foreign policy? If some young Europeans are rejecting Western values, what exactly do those values stand for today? In other words ‘Why do they hate us?’ and ‘who are we?’  To what extent is this a problem specific to young Muslims? Are radical preachers of hate the real problem: ‘grooming’ and ‘brainwashing’ young people on the internet in their bedrooms or in person in mosques and prisons? What role have multiculturalist policies played in creating divisive and separate cultural identities? Why has the Western democratic way of life failed to inspire so many young people? The Zurich Salon (declaration: I’m its Program Manager) will discuss all of this, plus the efficacy of different proposals to counter the threats we face, in association with the ETH’s Center for Security Studies and the Free Thinkers Association of Switzerland on Tuesday March 8 at 7:30 PM in Zurich at the Karl der Grosse. Full details here.