21st Century PR Issues maintains that within PR circles there is a near-universal conformity governing the industry’s self-destructive, poorly thought-through response to the Culture Wars. In short: the PR business is currently leading clients in the wrong direction. So here is a PR manifesto that sets out how things could be turned around so that we can help our clients keep their end up in the 21st_century Culture Wars.

Perception is not reality

Substance is everything; appearances are secondary and fleeting. PR pros must promote actual creditable behaviour, good evidence, solid argument, real history, deliverable prospects. Even bleak realities should not be feared. Lazy PR professionals’ ideal clients are those who already value robust frankness. Aspirational PRs should hope for clients whom they can persuade to see its merits. We should scorn bendy truth, flexible aspirations, or handy fudges. One needs to say things that will stand the test of hindsight because they are solidly based.

At the behest of so-called experts in reputation management, leaders of too many corporations and government departments have outsourced much of their governance and authority in a desperate attempt to secure imprimatur from NGOs, tick-box auditing bodies, campaign groups and Quangos. This must stop. Leaders must start acting like leaders who accept responsibility for what they do. So PR pros should call for the restoration of outsourced authorities to their accountable and rightful owners.

Stand up to the populist mob

The mob, which harasses the representative democracy of voters and legislators, has very seldom been right, sensible, well informed, just or good. Sometimes a mob may be on the money; sort of by mistake. But mobs always lack accountability; unlike most of our clients. Luckily, most modern mobs are surprisingly short on actual numbers. They are often virtual, even if they can seem virally powerful. It is no use appeasing them since they are in a game which is appetitive and addictive. It isn’t even wise to deflect their ire on to some other hapless victim. It is best just to resist the mob. PR needs to get clients to be right, trustworthy, well-behaved, reliable, forthright. And, if need be, at least a little brave. The reputation will follow, and stick.

Respect your audiences; so dress up, never down. The watchword of communication is to write and speak like a trustworthy adult. It’s bad enough using baby-speak with babies; it’s even worse talking to children, or old people, or the uneducated as though they needed coddling. PR pros should get clients to communicate like grown-ups, for grown-ups. For instance, the euphemisms for firing people used in corporate announcements are an insult to employee and public intelligence. Such massaging of corporate-speak does much to undermine trust. Everybody knows clients are not their customers’ or the voters’ friends, or mates or, for the most part, acting out of altruism.

The near-religious commitment to diversity is divisive because it puts people into separate boxes on the basis of their national origin, colour, sex and religion, which they otherwise might not identify with or worry about. This creates conflicting agendas. A better approach would be, as Martin Luther King might say, to judge everybody by the content of their character rather than the colour of their skin, the god they worship or who they go to bed with. The message has to be, don’t bring your competing identities to work. So let’s overhaul the diversity agenda by creating a corporate one. Firms and institutions are best seen as places where the melting-pot and the meritocracy principles really apply, not the busted fantasy of the “multicultural society” with its ghettoes and quotas.

Codes of conduct are counterproductive

The tyranny of codes of conduct politicises interpersonal relations at work, encouraging back-stabbing and mistrust. This creates an-all-about-me culture, which distracts everybody from focusing on their job. It would be better to trust each other to resolve so-called micro-aggressions and personal disputes in a mature manner. Employers and employees alike should stop living in fear of putting a foot wrong and of causing offence. 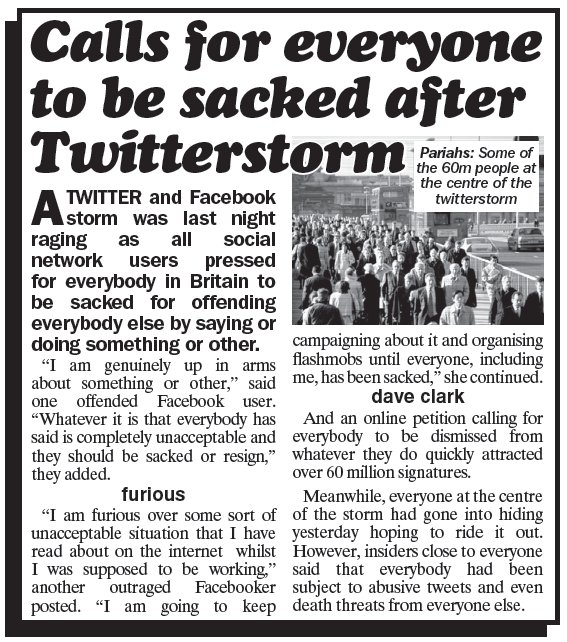 The cult of empathy is dangerous

Overdone empathy undermines authority because authority requires distance and independence to function. Some people have gone so far as to say empathy trumps facts and objectivity because emotions are what motivate opinions, behaviour and decision-making. Yet countering emotionalism with emotionalism represents a retreat from fighting for the acceptance by others of what you know to be true or well-evidenced or defensibly fair. In contrast, PR pros should lead by promoting considered arguments in the pursuit of reason on behalf of clients and their agendas. And, yes, I know, sometimes the truth is conflicted, not pretty and upsetting. So be it.

PR professionals should shun narcissistic virtue signalling, which too often amounts to little more than reputation manipulation or massaging and marketing by other means. The practice of plucking heart strings for corporate advantage on the back of other people’s suffering should be held in contempt. That does not mean we should never get involved in charity or doing good social deeds. It is a question of motivation and how we or our clients do so.

Say no to nudge

Governments increasingly want PR professionals to use surreptitious psychological techniques to nudge people, especially the poor and supposedly uneducated, in the so-called right direction. Resorting to the methods of subterfuge George Orwell and Aldous Huxley satirised, renders both clients and PR professionals untrustworthy. If our clients want to persuade others to change how they behave, let them work with us to generate some convincing, transparent, arguments instead.

Corporate social responsibility is a barrier to progress

CSR is irresponsible because it obscures what business is actually about. Businesses are not all-purpose social agencies. CSR makes it hard for firms to speak truth to the public or to power. The time has come to reverse the tide and to put the needs of business, profit and prosperity unashamedly first.

It’s the mainstream that matters

Sure, nearly everyone can broadcast now. But in such times it’s easy to obsess about very small numbers of loud, angry, casual, temporary outliers. Why bother? Clients who try to chase arguments down every rabbit hole of public opinion, and every channel of expression, forget that TV, radio, newspapers and various aggregators of opinion remain the life-blood of discourse. Social Media is probably not your kids’ friend, and it almost certainly isn’t yours. At most, use SM as a way of getting people to look seriously at your own, home-grown, reliable, in parts quite long-form, mother-ship website. Then get those narratives across in the mainstream. The rest will turn out to be ephemeral.

Content, consistency and integrity, not multi-channels or comforting echo chambers, are what count over the long term.

All stakeholders are not equal

Politically correct modern stakeholder mantras have fuelled the crisis of authority and trust. Most strikingly, modern stakeholder theories have given CEOs and politicians a smokescreen to hide behind whenever they fail to fulfil their responsibilities. The truth is organisations that are accountable to everybody are accountable to nobody. So no more triple bottom lines. Stop empowering activists and enemies. PR pros need to accept and make plain that some stakeholders matter more than others in the hierarchy of decision-making and accountability.

From now on, this website is going to try to persuade its confreres that they do not see the Culture Wars correctly. The aim of future posts shall be to provide useful weapons for winning the battles ahead. This demands that we grapple head-on with the tough contentious issues which PR pros and their clients prefer to sidestep. But this website does not imagine it will often be wise for PR pros to admit or claim that they are trying to save society from itself. Contrariwise: the key to improving upon the current situation is to demonstrate how damaging the current Zeitgeists are to pursuing our clients’ interests.