Recently I spoke at the Battle of Ideas festival in London about whether lobbying is a dirty business. On the panel with me were Peter Bingle and Christine Thompson, and the session was chaired by Kirk Leech. A few days later in Zurich I co-produced with Angus Kennedy a Battle of Ideas satellite debate.

Well over 100 people turned out in Zurich to hear Andrew Keen, Martyn Perks and Gerd Leonhard do battle over ‘What does privacy mean in a connected world?‘ Their discussion was chaired by Timandra Harkness. The audience were a delight. Their questions and contributions were numerous and insightful. The buzz afterward was inspiring.

Indeed, what I noticed most about my first encounters with the Battle of Ideas in London and Zurich was how engaged the audiences were. The two experiences were as exhilarating as they were enlightening. The challenge now is to see what more can be done in Zurich. Watch this space. 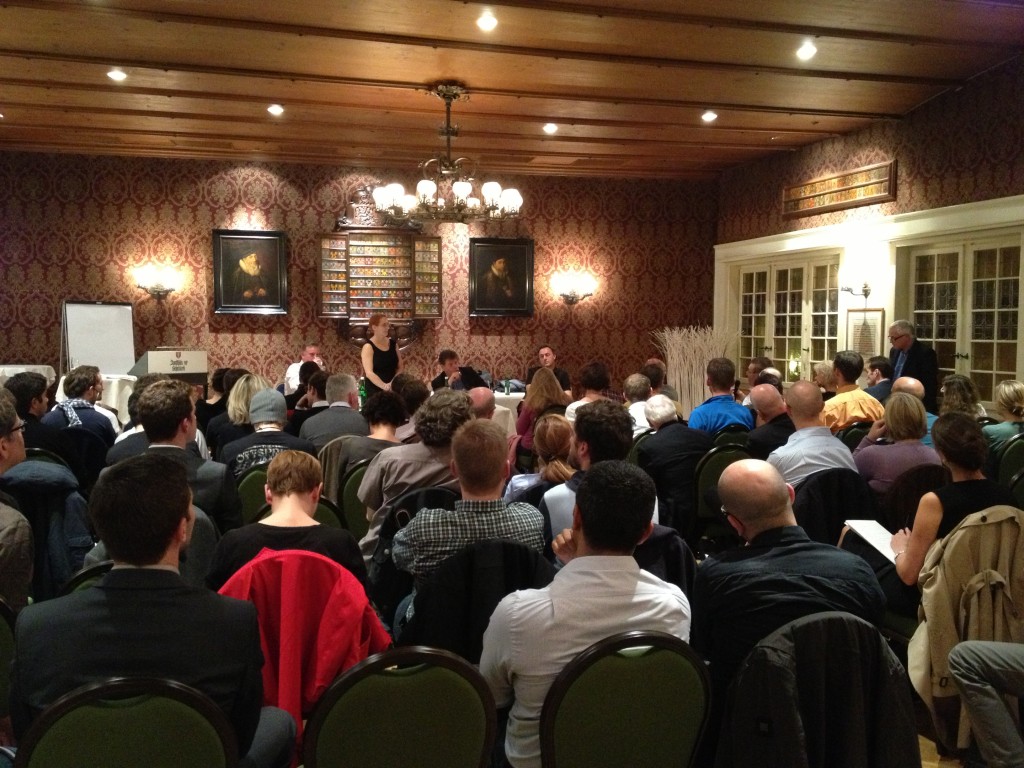 Battle of Ideas, ‘What does privacy mean in a connected world?’ Zurich, October 22, 2013