This is my profession. Oh, alright. It’s my trade. But I still think it’s a business capable of integrity, honour and decency.

Like most of my readers, I have been locked indoors for the last month because of precautionary measures the world’s governments have taken to combat the Covid-19 pandemic. After a long-time pondering what to make of it all, the moment has come to share a few upbeat insights.

END_OF_DOCUMENT_TOKEN_TO_BE_REPLACED

Proctor and Gamble’s Gillette has released a commercial promoting razor blades, which sends out the message that men are such a menace to women that they must be tamed. But no matter what one thinks of #MeToo, we should all question the politicisation of mass consumer advertising. We need to ask why the marketing department at Gillette thought it was a good idea to produce an advert caricaturing their customers as brutish stereotypical sex pests; who require a health warning and moral policing. It is, indeed, gobsmacking that anybody at Gillette thought it was smart for a corporate Goliath to traduce the integrity and character of their core market. END_OF_DOCUMENT_TOKEN_TO_BE_REPLACED

In his just published book – Media Madness: Donald Trump, the Press, and the War over the Truth – Howard Kurtz, a former Washington Post columnist, explores how the media became the ‘opposition party’ to an unlikely President. It delivers a compelling account of how,  by refusing to engage in proper debate and resorting instead to insults and fear-mongering, the fourth estate betrayed its historic mission to hold power accountable to the public. He warns that the media’s failure to grapple with the major issues of the day risks damaging their reputation to such an extent that it may never recover. END_OF_DOCUMENT_TOKEN_TO_BE_REPLACED

Do you remember the advent of social media when they were praised for being disruptive, positive innovations? The talk was of long tails, wisdom of crowds, the end of old-fashioned business models (dead tree press is dead) or statements like the new world is bottom up – or flat – rather than top down. Now they are being discussed by the same enthusiasts as if they were managed by oligarchical villains selling addictive, toxic products and lifestyles to an inert public that is blind to reason. But the commentators’ new-found pessimism is as misguided as their abandoned optimism. END_OF_DOCUMENT_TOKEN_TO_BE_REPLACED

Following the scandal over the groping of girls at the Presidents Club’s reportedly debauched charity gala at the Dorchester Hotel in London, the Professional Darts Corporation (PDC) has axed its leggy showgirls. To appease feminists and the PC brigade that hates darts, with or without its girly appeal, the PDC finally caved into requests to kiss goodbye to the pretty women who walk male darts stars on to the stage. Darts fans have been betrayed. END_OF_DOCUMENT_TOKEN_TO_BE_REPLACED

Denise Young Smith, Apple’s first vice president of diversity and inclusion, went on the record opining that there can be 12 white, blue-eyed, blond men in a room and they’re going to be diverse too because they’re going to bring a different life experience and life perspective to the conversation. Declaring that diversity is the human experience, Smith said: ‘I get a little bit frustrated when diversity or the term diversity is tagged to the people of colour, or the women, or the LGBT.’ END_OF_DOCUMENT_TOKEN_TO_BE_REPLACED

A few thousand tabloid-loathing Stop Funding Hate campaigners, exercising their wrist action on Twitter and Facebook, have persuaded Paperchase to abandon an advertising promotion, which offered readers of The Daily Mail two free sheets of Christmas wrapping paper. What should the advertising and PR community make of this debacle? END_OF_DOCUMENT_TOKEN_TO_BE_REPLACED

As Bell Pottinger prepares to put itself into administration following its expulsion from the Public Relations and Communications Association (PRCA), here’s an opinion piece, which calls out the PRCA’s humbug. END_OF_DOCUMENT_TOKEN_TO_BE_REPLACED

According to Google CEO Sundar Pichai’s memo entitled Our words matter, if one man employed by the company writes or says something women find offensive regarding their gender, Google’s women start ‘hurting’ and ‘worrying’ every time they enter a room or open their mouth to speak in a meeting. END_OF_DOCUMENT_TOKEN_TO_BE_REPLACED 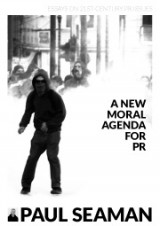 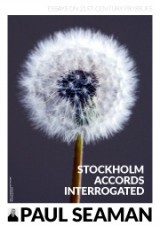