What words might best describe Charlie Gard’s last months on earth, when he couldn’t move, breathe or swallow without the support of machines and other intrusions, which were eased by morphine? One of the best hospitals on that earth, Great Ormond Street, said his life was one of pain and suffering, and prolonging it would not change that. So again: what words describe that last five-month period when the courts were again and again required to adjudicate between prolonging or ending his life. How about “cruel and unusual” or “inhumane” or akin to “torture”?

But who were the torturers? Surely the word applies to anyone who did not stand as forthrightly as they might for the logic of prioritising the opinion of people with a proven record of professionalism and compassion in the matter. It looks as though nearly everyone has some soul-searching on that score. Except Charlie Gard’s parents.

There is surely a strong case to be made – not an eccentric, perverse or cynical one – that if Charlie Gard’s parents were misguided on these awful matters, then it is also the case that those who misguided them are much more to blame for Charlie’s suffering.

In the moral domain, however, empathy leads us astray. We are much better off if we give up on empathy and become rational deliberators motivating by compassion and care for others.

So that’s two battles for PR professionals: to resist their clients’ natural urge to have everyone feel their pain; and to resist the even worse urge to claim solidarity, so as to appear virtuous, with the pain of whichever set of “victims” is currently being promoted most loudly by the emoting crowd.

Many PR battles will increasingly be between institutions (corporations, governments, almost any authority) and those who don’t claim reason to be on their side, so much as their status as victims, which is empowered by a tsunami of public empathy and media coverage. The problem with the campaign to “save” Charlie Gard was that it placed emotions above reason and disinterested professionalism. This affair should serve as a horribly sharp warning to anybody charged with defending reputations and building trust in modern institutions.

It seems both kind (even empathic) and fair to argue that Charlie Gard’s parents seem to have been blameless in their baby’s plight. I would rather see them, like their child, as victims of some important cultural changes. 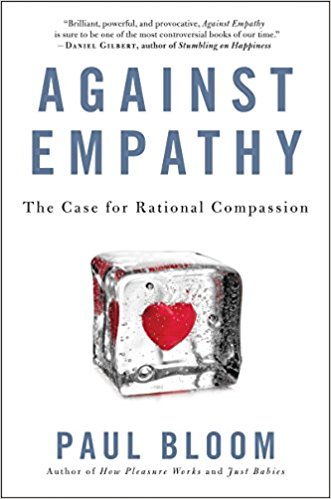 The relationship between doctors and their patients depends upon trust and the maintenance of confidentiality. In other words, patients have a professional, yet personal, relationship with medical staff, which, beyond proper regulation, is a private rather than a public matter. But cases like the Charlie Gard affair wreak havoc on the virtues of those well-established principles by turning private troubles into a voyeur’s concern. Virtue signallers then intrude into such affairs in order to turn the moral spotlight onto themselves.

What went wrong here was that the child’s parents were seduced – however reluctantly at first – by the culture of the day into seeking satisfaction in an impersonal, adversarial public court battle, which clearly did the Gard’s psychological harm, and which prolonged Charlie’s pain. Yet they were at the same time mistrusting of medical expertise, and expertise and authority of almost every sort, including the court. They were instead encouraged to deify their own role as parents who had supposed special empathic insight into his condition. They seem repeatedly to have insisted they saw signs of responsiveness and even well-being which doctors missed.

What is not forgivable was the politicisation and empowerment of their emotions by narcissistic campaigners with access to Twitter and the media. All these bystanders seem to have pitched-in where angels would have feared to tread. They did so without the excuse of the blindness of love. If their judgements were clouded, it was by crocodile tears. These opportunists included Italy’s Foreign Minister, Angelino Alfano, and Jeremy Corbyn, who added yet more headlines to the Gard family’s futile campaign. One of the medics involved in Charlie Gard’s treatment told The Guardian how they kept him alive longer they ought to, “for Donald Trump, the Pope and Boris Johnson, who suddenly knew more about mitochondrial diseases than our expert consultants”. I doubt that claim is true. But certainly the Gard campaign was bolstered by institutional leaders who should have known better (or in the case of the Pope’s army, had very particular moral agendas which at best valued the baby’s soul ahead of his suffering). Of course, all this was whipped-up further by Facebook and Twitter, with their extraordinary capacity to field hordes of people – 62000 of whom claim to be in Charlie’s Army – who love the wrong end of the stick.

Great Ormond Street Hospital (GOSH) itself was in a very difficult situation. I will risk saying that this is an institution which depends in large measure on the love of ”the public”. It may be that its PR advisers feel it has to be super-alert to the gales of public sentiment and sentimentality on such delicate matters. It has certainly gone out of its way to stress that it was there for both the parents as well as for Charlie Gard. It may be that this tendency inclines them to avoid highlighting strongly enough the plain fact that, in extremis, they are there for the children.

There is not an off-the-shelf PR formula for resolving such disputes. In my considered view as a PR professional, the best GOSH could ever do was to quietly, delicately, but firmly stick to their professional, compassionate guns as they refuted counterpoints.

Though it is just possible that the Gard family could have been spared much suffering if, from quite early on, GOSH, and judges, come to that, had told them in no uncertain terms that the baby’s prolonged treatment was tantamount to “torture”. This was an argument that came up robustly in an attempt to resolve the equally tragic case of Emilio Gonzalez in Texas in 2007.

Of course, I wasn’t privy to what the hospital said to Charlie’s parents in private. So let’s hypothesise. Any parent of a sick child is vulnerable to finding comfort in any tiny sliver of hope, or opportunity for delusion.

Doesn’t all the language they were hearing all around them, from the medics, politicians, the media and courts, make it seem as though their parental rights – even the right to be crucially wrong – were very important, and that there really was something in the idea that Charlie might, just, be some sort of a suitable case for treatment? It seems reasonable to say that it was not merely some generalised, Twitter-mob cultural failing which let Charlie down. Arguably, the professions and institutions have fallen for the same sort of mantras. They never forgot but did not dare sufficiently stress – not just to Charlie Gard’s family, but to the public at large – that their job was to be defenders of the baby’s interests, and devil take the misguided.

The heat became so intense that dedicated GOSH specialists received death threats from people who disagreed with their pessimistic prognosis. The parents’ grief was also hijacked by unethical PR advisers, who worked for “free” while making a profit out of fueling the controversy (see: Charlie Gard case shows working for free doesn’t mitigate conflict of interest issues in PR). The Gard family’s dodgy PR advisers also generated disingenuous media coverage.

Probably most journalists agreed with GOSH and the courts, but found it expedient and convenient to make an exploitative soap opera out of a family’s grief, by mumbling about the respect that must be shown to love – that is, to parental love – over the value given to medical opinion and authority. Hardly any of the initial media coverage highlighted or stressed the plain implication of GOSG’s opinion that the baby was suffering and in pain, and had a very dim future ahead. The early coverage was all about prolonging life, with its presumed but often very dubious merits.

In the case of Charlie Gard, narcissistic empathy bolstered the parents as they faced down all the experience, wisdom and compassion of those who had the interests of the child disinterestedly, and yes, unemotionally, at heart.

If any good is to come out of Charlie Gard’s tragic life, it is to, hopefully, help us acknowledge how counterproductive the modern obsession with empathy has become. Relying on empathy as the main means of persuasion, assumes that the public’s capacity to make considered moral judgements cannot be relied upon. When the reality is that, whenever the going gets tough, the triggering of empathetic emotions among activists makes it nearly impossible to hold rational discussions, which lead to rational and compassionate decisions being made in a timely manner.

Obviously, in future our society should avoid speaking so feebly and dishonestly that it condemns babies to prolonged torture. On the wider stage, PR professionals need to become robustly dismissive of all calls to put empathy at the heart of their communication strategies or tactics at the expense of evidence and reason. Meanwhile, may Charlie Gard rest in peace.

5 responses to “Empathy and the Charlie Gard debacle”